It’s All Yours: Monroe celebrates bicentennial with new brand identity 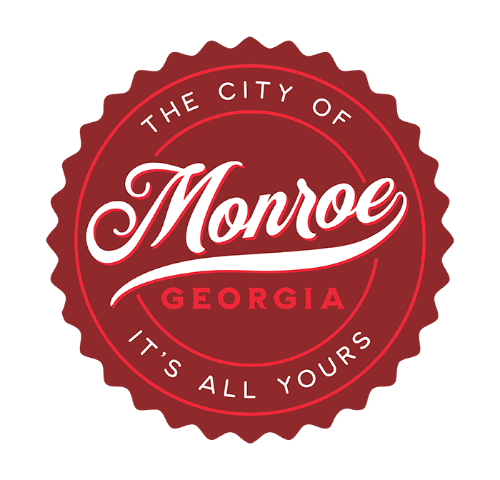 The City of Monroe recently celebrated its bicentennial with a new brand identity. As part of its 200th birthday party Nov. 30, the city unveiled a new logo and tagline developed in partnership with the Carl Vinson Institute of Government.

The tagline, “It’s All Yours,” encompasses the unique culture and climate of Monroe. It references the ownership locals take in the community and the sense of belonging found there. “It’s All Yours speaks to both locals and newcomers who may be rediscovering Monroe or experiencing it for the first time,” reads the soon-to-be released Monroe Brand Lookbook. “It’s All Yours is inclusive. It’s inviting.”

The tagline is part of a larger brand identity created out of a yearlong partnership between city and downtown leaders and the Vinson Institute. Since February, the Institute team gathered input from across the city, including realtors, business owners, antique vendors, healthcare workers, retirees, students and the local Chamber and Center for the Arts. Over several months, the Institute conducted 12 focus groups and collected more than 1,200 survey responses as part of its quest for insight.

Lead designer Kaitlin Messich says this thorough approach to public engagement is a crucial part of the Vinson process that ensures the resulting brand is representative ­­­of the whole community.

The new logo was inspired by Monroe’s rich history and its nostalgic small town atmosphere, with allusions to textile mills and antique bottle tops.

“The designs were inspired by Monroe’s hometown charm, its historic buildings, and hand-painted signage reminiscent of Monroe’s storied past,” said Messich, who is a public service faculty member.

Monroe’s new logo and tagline are just parts of a greater brand identity that will be unveiled over the coming year. A mural Messich designed was painted last week in the downtown Pocket Park by local artist Levi Dilley.

Branding brings people together and fosters a sense of belonging and community among residents, Messich said. “It is so exciting to be doing a rebrand during Monroe’s Bicentennial and commemorating Monroe’s past while anticipating all the great things that are coming to this wonderful place,” she added.

The Institute of Government began offering Community Branding services in 2018 to meet the rising demands of communities statewide who were asking for branding and design assistance. Community Branding has become an increasingly important tool to help Georgia communities set themselves apart from the competition and attract target markets. In recent years, the Institute has completed branding projects in Hawkinsville-Pulaski County, Copper Basin, Washington County, Colquitt County, and Athens, Tennessee. At the moment, the branding team is working in Vidalia.

Previously in the Spotlight

< Back
< Back
Menu
Close
Toggle navigation
©